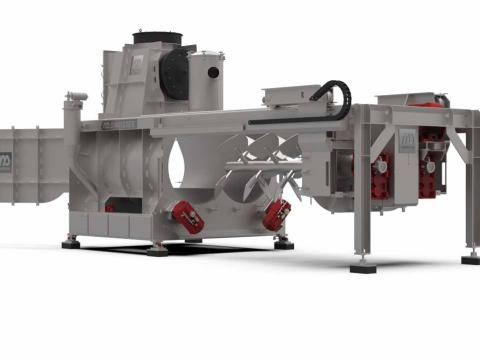 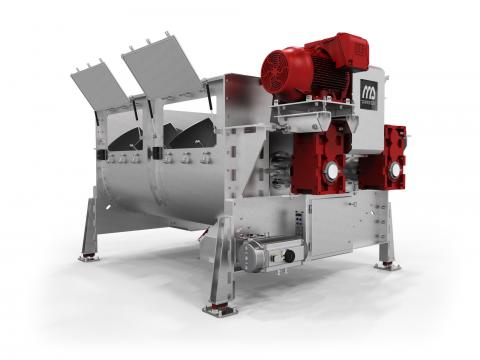 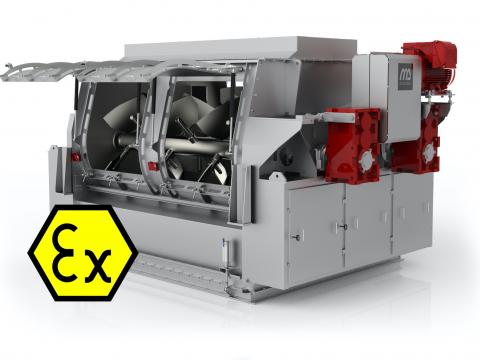 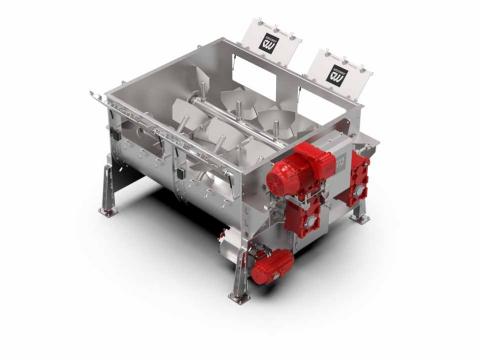 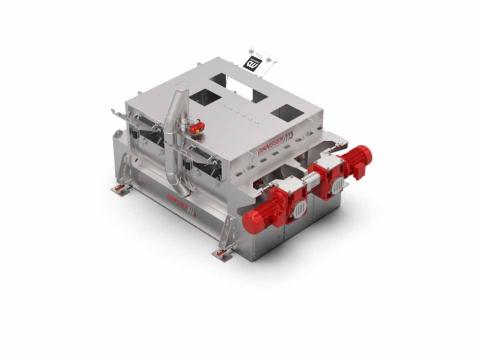 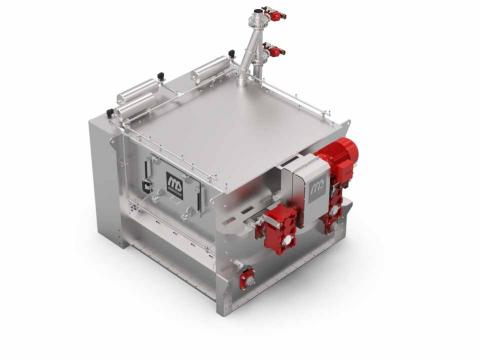 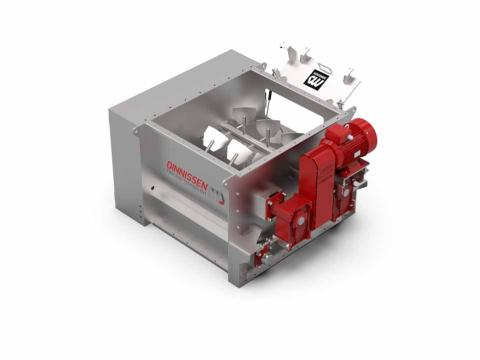 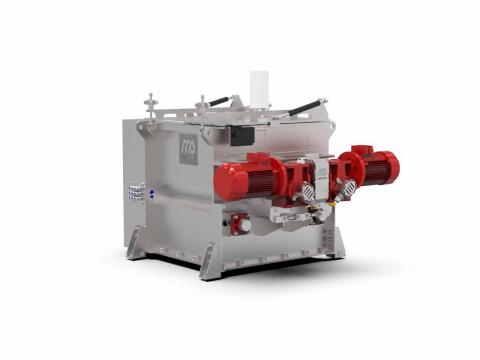 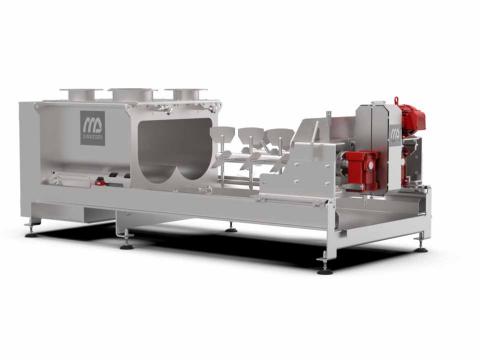 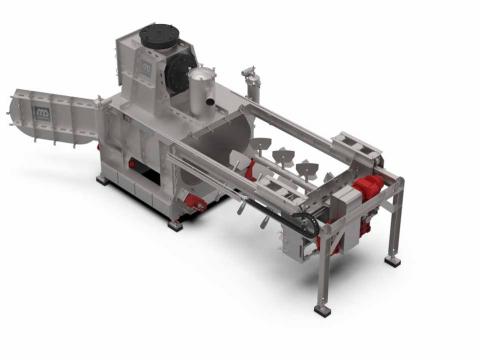 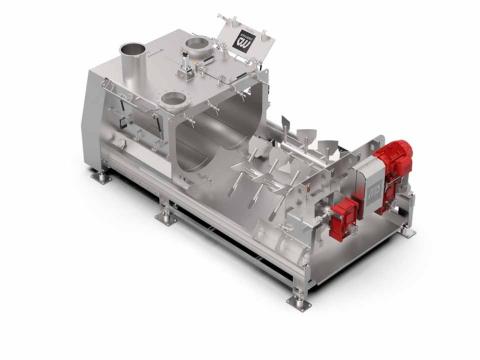 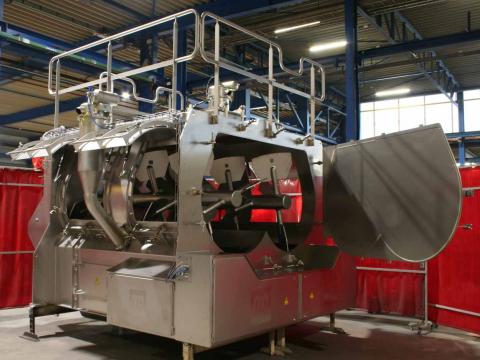 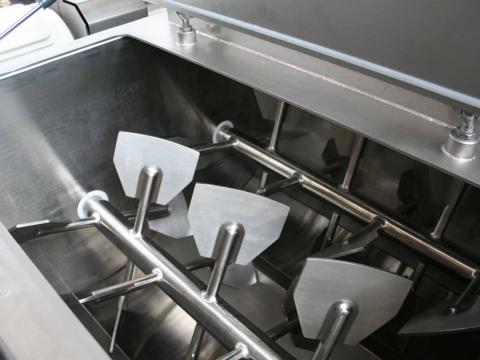 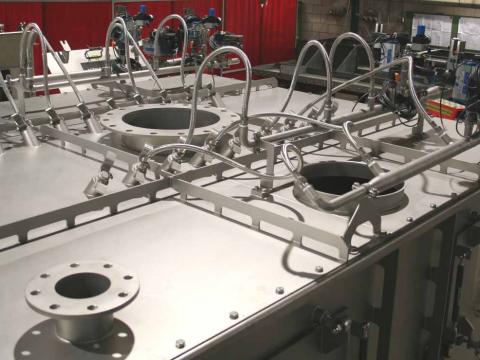 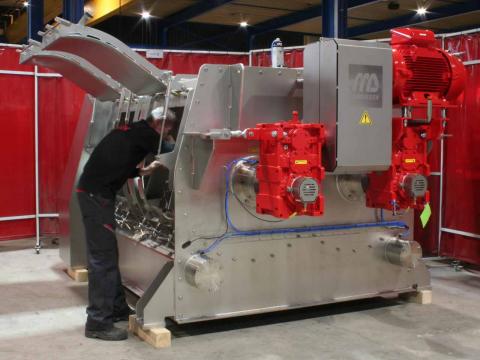 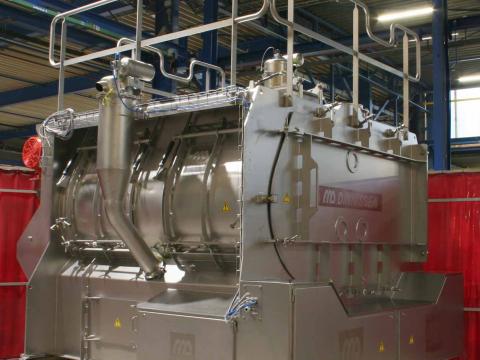 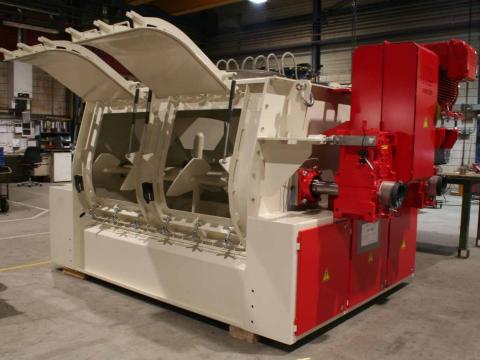 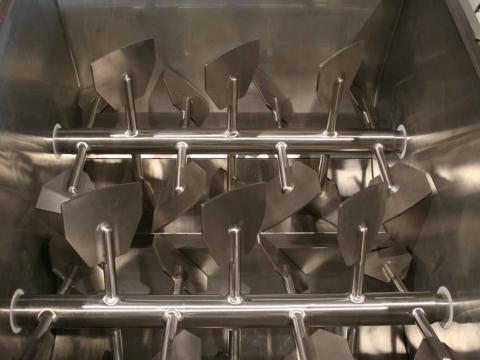 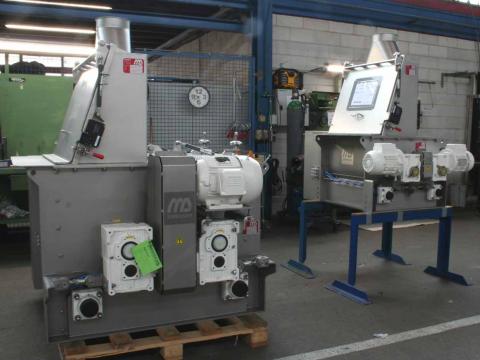 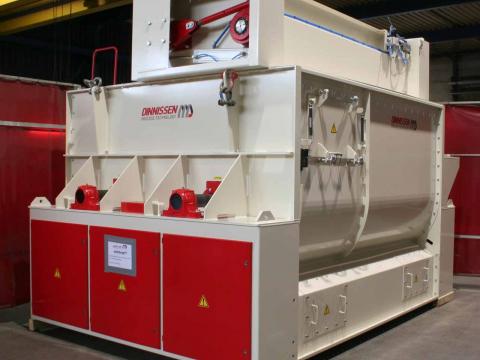 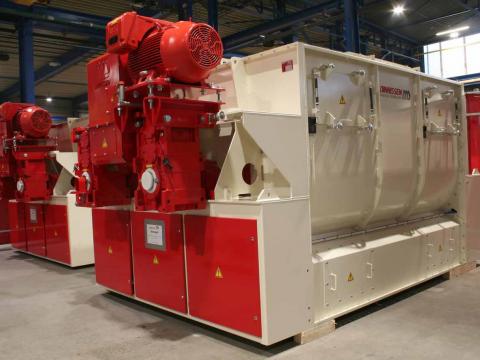 The Pegasus® Batch Mixer enables ultra-fast homogeneous mixing of products with different mass and composition. Dinnissen designed, tested and developed the Pegasus® Batch Mixer entirely in-house. The paddles and the mixing chamber are designed to minimize product damage and ensure optimal product mixing. Four or two hatches on the side of the machine (depending on the size of the mixer) ensure easy and hygienic cleaning of the system.

In industries with strict hygiene requirements, easy cleaning between batches is very important. Therefore, the mixer can be equipped with extending shafts and/or wingdoors, for extra good accessibility. This allows the operator to thoroughly clean the entire mixer with minimal effort.

More information about the options, features, and measurements?

Generating a homogeneous blended mixture is a complicated process. Homogeneity is highly dependent on the mixing procedure used, the type of mixer, the mixing paddles and the shape of the mixing chamber. In addition, during mixing, the set rotation speed and the length of the mixing time are important

Download our brochure or the datasheet with all options, models and measurements or freely contact one of our experts. 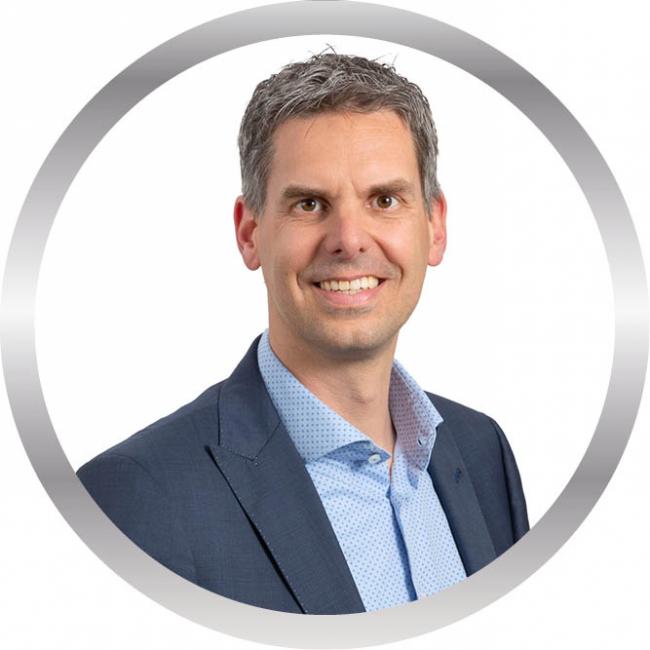 Han Joosten is ready
to help you

Dinnissen provides machines that fit your products and processes. Together we look at what is needed to optimize your production process. In addition to the Batch Mixer, our Pegasus® series includes a Continuous Mixer, an R&D Mixer, a Conditioner, a Vacuum Coater, a 5-in-1 Mixer, and various custom mixers. These mixers have one or more features in addition to mixing. These include heating, cooling, drying, coating, and acidifying.

Solutions for your entire process

System integrator Dinnissen optimizes and innovates your production process with tailored solutions: developed, manufactured and tested in-house. From product intake, transport, dosing and weighing, mixing, grinding, sieving and packaging to full automation and control. We maximize the performance and efficiency of your entire process.

We are proud that these companies rely on Dinnissen

View all of our references

What customers say about us

90% of our customers with laying hens have already switched to the new feed produced using the Pegasus® mixer and the Thermidor® system.

To realize production processes of the best quality, we work closely with Dinnissen: One of the strongest players in the world in process technology and hygienic design.

Mixing time of 60 seconds per batch

Previously, we had standard times in the mixing process of 14 - 15 minutes. With the Pegasus® mixer we achieve a mixing time of 60 seconds per batch.

No challenge is too big

At Dinnissen, they think in terms of challenges, not problems. They don't give up and keep going until there is a solution that satisfies all parties.

One day there was an important issue and one of Dinnissen's engineers immediately took action during the weekend. I have never seen other foreign partners do this.

We considered several machine developers, but the high quality of the Dinnissen machines and the competence and commitment of the employees were decisive for us.

Mixers have been running 30 years

Dinnissen machines may not be the cheapest in terms of purchase price, but in terms of value for money, there are none better. Our Dinnissen mixer has been running extremely reliably for 30 years.

We chose to work with Dinnissen because they supply high-quality vacuum coaters that fit exactly within our production lines.

Dinnissen's representatives strive for the best solutions. They are engineers first and salespeople second.

Dinnissen has filled an entire factory for us with a complete production line, on three different occasions. They just get it right: from mixers and sifters to sampling and automation.

Tailor-made solution for every problem

What charmed us most about Dinnissen was that they responded perfectly to our questions each time: they jumped right in and quickly came up with a tailor-made solution to each problem.